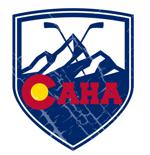 In keeping with the HPHL mission to promote school pride and affiliation with a player’s local community, players will be assigned to teams based on the school they attend.

Players that homeschool, attend open-enrollment, charter, or private schools without a team affiliation are assigned to teams based on the public school attendance area they live in.

Players living in the area of or attending a public school without a team affiliation or with an inactive team will be assigned to a near by team by HPHL. Consideration is given to the school district the player’s school is in, where other players from the same school are playing, and distance to rinks.

A few of our teams (mainly in Douglas County) are not able to take players from outside of their school per their district/school policy. Non-publilc school players living in these areas will be assigned to a near by team by HPHL.

The fall or winter (association, CPHL, or CHSAA) team that a player is on has no bearing on which HPHL team that player will play for.

We organize our teams by geographic division for administrative purposes.  That is how you will see them listed below. Prior to each season teams are tiered into competitive groups.  A team’s tier can vary from season to season depending on the make up of the team for that year.

To find your team look through the teams and their affiliated schools listed under each division (north, north central, south, south central or girls).  Each division's director is also listed here.  More information and contacts for individual teams can be found on the team's page (left side bar).

You can also find some additional information for goalies under the goalie tab.